Amoukanama has been founded in the hearts of many people, especially the young acrobats of Matam Conakry, Guinea. It was them who have made the seeds for this project as it is their hard work and courage who led to the origin of the acrobatics in Guinea. however, there are a few who are currently leading the project to its realization… Let us show you a little video of who the acrobats are…

A training day for the acrobats of the second group:

The people who are currently leading this project are:

Born and raised in Conakry, Alseny or “Assenic” grew up in the neighboorhoud of Matam where he was part of the first acrobat group originating from their local hip hop group ‘Negro Radical’. Withups and downs, he kept following the path of cirque, specializing in acrobatics, chinese pole and base. With experiences in internationals shows as AFrika!Afrika! and Tagadart, he merits today to be called a motivational example for the young acrobats dreaming to follow his lead.

Always smiling and encouraging others, Ballamoussa has been with part of the history of circus in Guinea from the beginning. As second generation artist with Circus Baobab, he brought back lots of ideas and experience to share with the acrobats from his neighborhood. He might rightly be called one of the foundation members of acrobat groups in Conakry and one of the most determined persons of Matam. Currently he is working with Cavalia.

Moustapha Camara is a versatile person with the energy of a lion. He is active in various projects and helps Amoukanama with many aspects. He is a driving force for the young acrobats during the trainings and takes on all the administrative work. He is also a very good dancer and works as a volunteer in many organizations to give young people a better future. 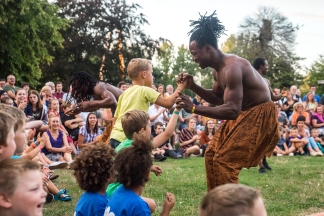 Facinet is a relatively recent acrobat, but has progressed so much in these last years. He has worked with Cavalia abroad (Canada and China) and is now in Guinea. He is the coach and trainer of the acrobats and is a driving force as well to realize circus projects in Guinea and abroad.

Born in Belgium, but with a great wanderlust in her heart, Nathalie discovered the world through her studies as bio-engineer, different apprenticeships in the medicinal plant and ecological building world to eventually find a place in Costa Rica at Kindred Spirits. From there she auditioned to work with Cavalia’s artistic director, Benjamin Aillaud, got accepted in BAIHA and so discovered the world of Cirque. This world has kept her ever since, in which she discovered the lion heart’s and motivational spirit of the acrobats in Guinea. Several months of training with them resulted in the birth of Amoukanama…

And not to forget, all the volunteers, symphatizers, sponsors and friends in Belgium who are helping to realize this project! 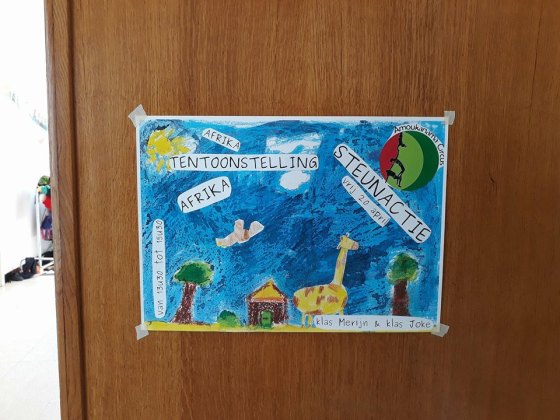